Nevada is renowned for the betting prospects it offers, and the latest report by its Gaming Control Board shows it too. As per the report, the state collected over 477.6 million dollars worth of sports betting handle in May 2021. The number showed an increase of 4.3% from the previous report of 457.8 million dollars.

The total was 160,000 dollars above the previous one, but the numbers are still decent given the social settings in the state. Nevada has not released a yearly comparison report due to the health outbreak ruining its portfolio.

May 2020 witnessed a hold of 5.67%, maintaining the trend of bettors performing well at the state’s sportsbook. Although the standard for the industry is 7%, betting houses in Nevada have reported a win rate of 5.89% in the previous four months. The rate means the casinos collected 125.5 million dollars on 2.1 billion dollars that were wagered.

Similarly, the state earned over 1.8 million dollars in taxes alone for May. The expectation for 2021 is around 8.5 million dollars, which sounds reasonable at the rate the industry is performing.

Nevada became the second state after New Jersey to clear over 15 billion dollars in sports betting after the PASPA era. The gap between them grew due to the Garden State clearing over 814.3 million dollars in wagers alone.

At the current rate, Nevada will end up on the third spot in the monthly handle. The Silver State was placed on the fourth spot in April, which marked the first occasion when the state was not placed in the first or second spot.

Baseball and basketball were the two primary sports that attracted the most bettors in Nevada. They accounted for over 358.2 million dollars, whereas the masses performed better in basketball generating 11.4 million dollars. Contrarily, they only generated 8.7 million dollars in baseball.

The recent report by Nevada Gaming Control Board shows a 4.3% hike in its earnings through sports betting. Baseball and basketball are the most popular categories for bettors, with MMA and boxing finishing close. 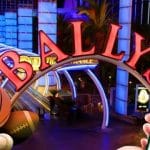 Bellybet Is Introducing a Mobile Sports Betting Beta in Iowa